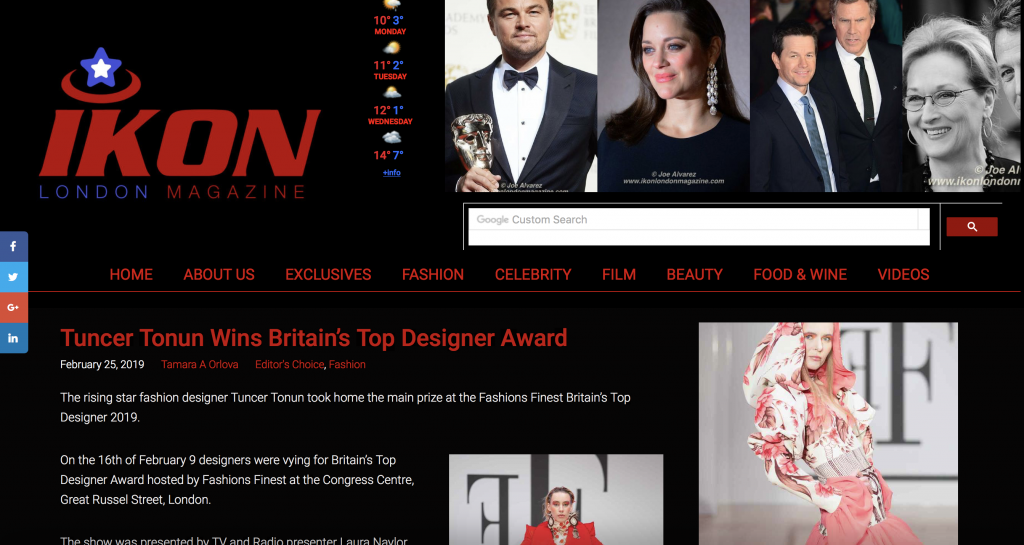 On the 16th of February 9 designers were vying for Britain’s Top Designer Award hosted by Fashions Finest at the Congress Centre, Great Russel Street, London.

The show was presented by TV and Radio presenter Laura Naylor, who flew in from Dubai taking a short sabbatical from her stint at Radio2 UAE.

The Britain’s Top Designer winner Tuncer Tonun was announced by Fashions Finest director Deborah St Louis who presented him with the award. The second runner-up Misora Nakamori and first runner-up went to Joyce Pilarsky from the Philippines. The main award ‘by a mile’, according to Joe Alvarez, went to the Tuncer Tonun.