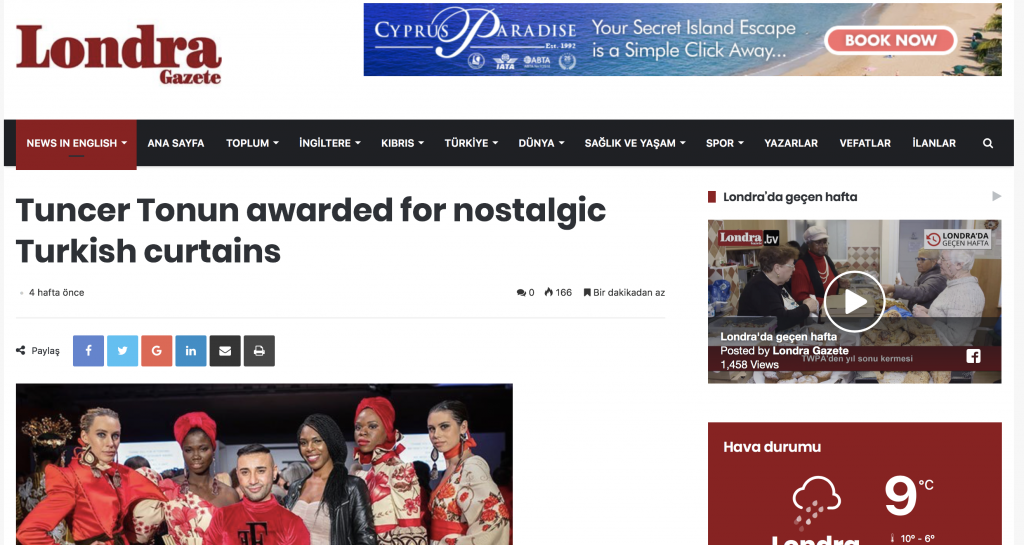 TUNCER Tonun, a young Turkish fashion designer living in England, won the award for best designer in Britain with his collection of nostalgic Turkish curtains.

Turkish fashion designers collection was called ‘The secrets behind the curtain’.

Tonun used various curtains for his collection embraced from Anatolia such as Ağrı, Iğdır, Niğde, Şanlıurfa and Konya.

The juries of the competition included Nick Johnston, one of the best magazine photographers in England, stylist and fashion presenter Nicky Hambleton and celebrity stylist Bernard Connolly.

Tonun, in this collection expressed his satisfaction due to the awards he has received with regard to recent studies, Tonun underlined that he was inspired by villages in Turkey during the 1980s. Also he added that he aims to recycle his national curtains.

The UK’s Top Designer competition, held every year in London during the week of London Fashion Week, allows young designers from the UK and the world to demonstrate their creative work. Hundreds of young designers participated in the event, and one of the top nine fashion designers to win the best designer award.

Tuncer Tonun stated that he was extremely proud to present his cultural heritage during this significant event.